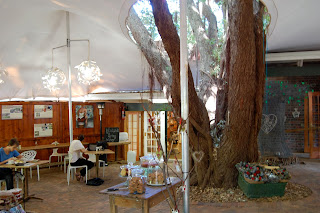 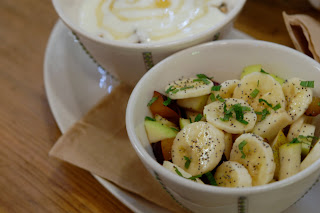 There's a show on BBC Food called Gary Rhodes' Food Heroes. I normally hate Gary Rhodes but after watching this show...well...I hate him less. The vibe is that he has famous guests on the show who nominate people they think need recognition but aren't necessarily getting it. These people are often suppliers or farmers. Sometimes the nominees are owners of delis who only use local produce. The deli owners all stress the importance of sourcing the highest quality ingredients and, more importantly, looking nearby.
Since watching the show I have often thought about how cool a South African version would be. Not just because I want to be rich.  Not just because I want to be famous. Not just because I know I would look amazing on camera. But rather because I think there is a story to tell. I want people to meet the farmers and I want people to appreciate the difference between small, independent suppliers who care and the mass producers who pump animals full of growth hormones and antibiotics (this is subject of another post though, still to come). Anyway, the reason I'm writing this rather long intro is to tell you about a place that would get Jamie Who's vote for South African Food Heroes. It is a small organic deli/restaurant in Newlands called Kwalapa. Never before have I seen a place that puts so much emphasis on where their food comes from.
The vibe itself is very rustic - a huge bedouin tent (with a hole in it for a tree) covers most of the restaurant. There are arts and craft stalls and you sit amongst the Newlands trees. I recently met the owner and she explained their deliberate anti-Hippy approach. "One of my partners wanted to call the place Sprout but that wasn't an option" she explained. "We want people to see organic food as normal food but just farmed the right way, without additives and preservatives". Amen.
To eat I went for their RAW muesli which came with a beautiful, seasonal fruit salad covered in poppy seeds and freshly torn mint. I have since been back for lunch with Long Distance and had a chicken wrap made with my favourite, biodynamically-farmed Spier chickens. Both times my meals were outstanding. There are soups of the days as well as ever-changing, freshly baked pies. The deli section is also really cool and you'll find plenty of gorgeous cheese, fruits and vegetables.
It might not be the funkiest venue and it might not get the most press. It doesn't have a celebrity chef or a fancy interior. But it has passion. And that's good enough for me.
Find them at 31 Newlands Avenue or call on (021) 687-9314.
Cheers,
Jamie Who
Posted by jamie who

And I think I will check it out

Yes that would be a great show or article! Why don't you pitch it as a column idea to one of the food mags or newspapers? thanks for the tip - sounds like my kind of place. How are their vegetarian/ fishy type options? X

There u go again, a guy unashamedly using the word gorgeous. When describing cheese. A tad camp, but kinda sweet.

Ha ha - come now Anon, I thought we agreed a while back that I could throw out words like stunning and gorgeous when I talk about food. I'm fine with it. (I will draw the line at 'fabulous' though. You won't see that word here.) The campness is a bit aggressive on that one.

And let's not even mention 'yummy.' Shit, if I ever use that word on this site please kick me in the balls. Hard.

This place is wonderful! Stunning deli and wonderful lunch menu. Can definitely recommend the raw buffet served on Wednesdays!