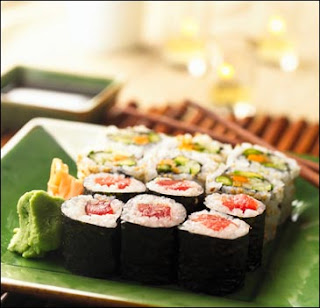 When talking about restaurants, a 'little gem' is normally a place that nobody else seems to have heard of. A place you keep going back to because the prices are affordable and the food is awesome. A 'little gem' is a place where you keep asking yourself: "What's the catch?" But most importantly, the definition of this type of restaurant is a place that you love so much you don't want to tell anyone about it in case the secret gets out... so it's a bit weird for me to be telling all of you about one such gem, but I have to. It's that good.
1890 is a sushi bar in Obs. It is in Trill Road and the seedy location seems to make it even cooler. Once you find it (it's a bit off the beaten track) you won't be disappointed. As well as literally the best sushi in Cape Town, they have pork and beef wontons, crispy fried tuna, spicy calamari etc. The food is brilliant and the prices are insane. For the same meal in a more fashionable part of Cape Town you could easily pay three times as much. Plates of sushi on the conveyor belt range from R12 to R30 which is refreshing value-for-money. You can have a plate or two of sushi, some tuna, a couple of beers or glasses of wine and be in for under R80 which comparatively is a steal.
Next time that sushi craving hits - and you know it will - keep this place in mind. Like I said, it's a gem. Just don't tell too many people...
Cheers,
Jamie Who
Posted by jamie who