Jardine - The real question is...do you book for lunch or dinner? 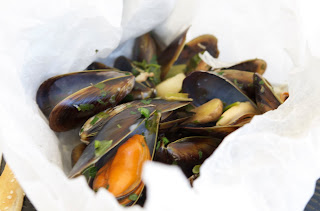 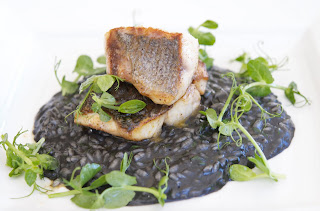 Me reviewing Jardine is a little bit like Barry Ronge reviewing Avatar. Well, instead of a fat gay man I'm actually blindingly handsome and instead of blue people I'm talking about food but you get the point. Everyone knows about Jardine. Everyone knows how good the chow is. But those places are always worth reviewing. Hear me out. You see...sometimes that can be the worst thing for a restaurant. If people arrive expecting awesome food then you are under real pressure to deliver it. Thankfully, Jardine does. Every single time.
The reason for my visit was the introduction of lunch at Jardine on Wednesdays and Fridays. I wrote a post about it here and after hearing good reports I went along to check it out for myself. The menu is surprisingly simple. I say "surprisingly" because...well...I like saying the word. No, not really. I say it because I was surprised at such relaxed, bistro-styled food being served in a place that I had always associated with fine dining. There was a choice of four starters, three mains and three desserts. I had steamed mussels in lemongrass, ginger, garlic and coconut milk (R45). They were served in a wax paper bag and were sublime. Plump, fresh, tasty and beautifully seasoned. I would've loved a bit of chilli thrown in there but other than that they were hard to fault. The Queen had oysters served with a shallot dressing (R60). I would've liked to report back on how they tasted but they disappeared before I had to chance to start negotiating for one. So, assume they were good. For mains we both had yellowtail served on squid ink risotto (R85) and, along with the meal I enjoyed at iCi, it was one of the best fish dishes I have had for a long time. The fish was moist and light and worked extremely well with the velvety risotto, which actually stole the show. The dish could - in fact - easily have been called "squid ink risotto topped with linefish." Micro-herbs topped it off. Sensational.
We skipped dessert and walked out having paid R125 and R140 per head. To me, that's a good deal. Yes, I know it's not cheap but it's all relative. For that caliber of food you could easily be paying more. Look around you. It's Jardine.
I take my hat off to Eric who has taken over as the man in charge while George is away working on his new venture at Jordan wine estate. From what I've seen, and heard from others, he is doing a top job. My next visit is for dinner.
Call Jardine on (021) 424-5640.
Cheers,
Jamie Who
Posted by jamie who

Firstly, I'm really impressed with your blog. Its awesome, to say the least. I am also into food, in a BIG way (duh), so I have been following your blog for a while. However, you often get to the end of your posts and say that you feel as if something is missing. I've figured out what it is. Dessert.

Ok, so I'm aware that you are extremely health conscious, you gym yourself into a coma, you've got the whole taste:health ratio going, etc, etc. And I respect that, it's good, even if it's a tad obsessive. But, for the sake of incredible food, you have GOT TO LET IT GO when you review a top restaurant like Jardine. Please, please, if only for your readers, eat dessert. Get over your 'free day' and enjoy what the country's best have to offer.

Look, I wouldn't say this without reason. The reason is that I think that dessert is the most important course. Not because I like sweet things, not because I'm greedy, but because dessert shows what a restaurant is truly made of. It takes skill to put together a great menu, i.e. starters and mains, no questions asked. However, if you pay no attention to your desserts and they are less than brilliant, there really is no point in having great starters and mains. You see, getting your desserts right takes a little more than skill. Talent, time, effort, a supersensitive palate, and patience are what it takes to get your desserts right. It's a gift. If a restaurant has its desserts nailed, then you can be guaranteed it is top class. I could go into much more detail, with pleasure, but that would make this more of a thesis than a comment, if it isn't enough of one already.

So all I'm asking is for you to please have dessert when you go to the TOP restaurants, so that you can be as accurate and true to your avid readers as you aim to be.

All in all, a brilliant blog. With room for a little honest indulgence.

Personally Jamie, I really like the health aspect you bring to the site. Eating out so much would make the normal person a bit "chubby" but as you say if you train hard beforehand you can eat with the feeling that you deserve it.

Cheers and keep up the good work, I love your blog!!!

PE, thanks. I appreciate the fact that you seem to be understanding my point of view which is not to deprive yourself of anything but rather to earn it. Nice one.

DK, I hear where you are coming from too. Desserts definitely do showcase a restaurant nicely and I agree with you 100% on the skills required to produce them. I will always chow dessert when eating out at a top restaurant. Having a three-course meal for lunch is not my bag though. It just seemed a bit much.

No sweat, thanks for the feedback.