The Toffie Pop CultureFestival - A shot in the arm of funky 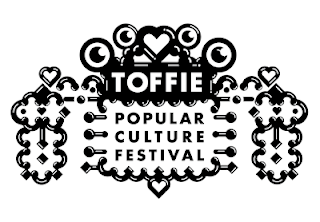 It's a good thing I'm married. Because after reading this there's an extremely strong likelihood that you will want to sleep with me. The most exciting festival I have seen in ages is coming soon. And most of you probably haven't heard of it. It's called the Toffie Culture Festival and, quite frankly, it looks like the balls.
With a creative celebration of art, music, design and fashion their guest speaker lineup is like reading a list of the world's coolest jobs. Most notable is Kim Jones (head Creative Director of Alfred Dunhill), who has been voted by The Face magazine as number 20 in their "most influential people in fashion" list.
The Toffie Festival promises to be raw, edgy and brilliant and more importantly, accessible. And...oh yes...creative. The best part? A ticket costs R680, which gives you access to the exhibition plus two full days of lectures. When compared to The Design Indaba prices (which in all honesty are an absolute joke) that is phenomenal value.
The festival is from the 26th to the 28th of March. For more check out www.toffiepop.blogspot.com/
Cheers,
Jamie Who
Posted by jamie who