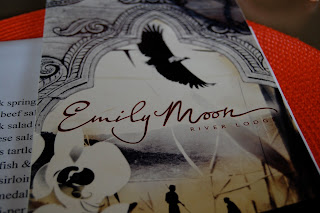 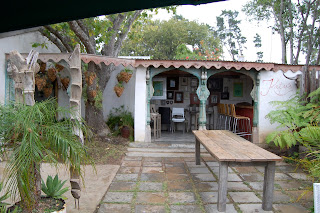 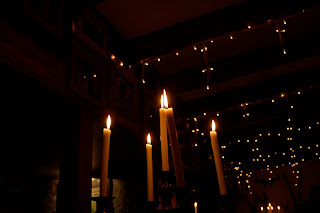 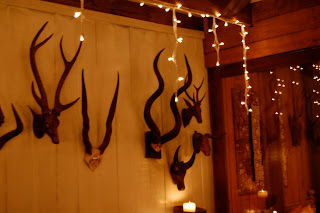 If you can find a restaurant more romantic than Emily's at Emily Moon River Lodge, just outside of Plett, I'd like to know about it. I'd also like you to take a photo of that parallel universe you live in and send it to over to planet Earth where I live.
It might be the phenomenal views of the Bitou River. It might be the love letters featured in the menu design. It might be the collection of eclectic artifacts. It might be the weathered wooden sculptures and leather upholstery. It might be the fact that I'm generally tipsy when I arrive. I don't know what it is. But the whole vibe is magical. If ever you are looking to impress a date, this is the place. Honestly, I reckon Wayne Ferreira's ugly brother could seal the deal in there. There are loungers around the pool, tables on a balcony which are perfect for pre-drinks and a recently-completed shop in an upstairs room. Style drips from everywhere.
I had doubts though, mostly because of a past experience with the chef. Stereotypical in his moodiness, the man seems to be unaware of how lucky he is to have such an amazing venue. Last year when The Queen (she was only a mere Princess at the time) and I were scouting for wedding venues we set up a meeting with him. You might not know this about me but I quite like food. So you can imagine how I felt when I told him what I was thinking for our menu and he simply said "that's not wedding food." Look, I am aware that fish and chips and bunny chows might not be for everyone but that's what we wanted. He should have been excited by something a bit different but instead we told him to piss off and found another venue. (One that made awesome fish and chips and a beautiful gourmet version of a bunny chow by the way!!!)
Anyway, back to the chef and back to Emily's. After firing a few questions at our waitress (very good by the way) it was pretty obvious that the chef in question had taken more of a management role and was not really in charge of the kitchen. Well, this was a bit of a blessing actually and the food we all enjoyed was better than I have ever had at Emily's! We started with a 24-piece sushi platter from the new sushi bar (yip, the most beautiful place in the country now has a sushi bar) and a goat's cheese and artichoke salad. The artichokes weren't fresh but the vinegar they were kept in actually worked brilliantly as a dressing. I'm not sure if they meant this but let's give them the benefit of the doubt. Fresh gooseberries married nicely and added necessary sweetness. The sushi was brilliant. Deep red tuna, clearly not frozen and the usual salmon roses, california rolls and nigiri. All good. And at R99, an absolute steal.
For mains I had the linefish, which was the interesting Panga. Quite an unusual fish, and not seen on many menus, I would compare it to Red Mullet. Dusted and shallow-fried, it was exceptional. I also tasted delicious sirloin from Karan, which was a massive slab of meat. In fact, it was too big and after seeing the amount of fat that was left by The Dragon, the general consensus was why not just serve a smaller piece but with less fat? Surely a better idea? The Queen had a mussel and prawn pasta, baked in tinfoil. Good, but not excellent. For desserts I ended things off with an excellent creme brulee, perfect consistency of custard and a nice thin, crisp caramel.
Emily's. The most beautiful, romantic, gorgeous setting anywhere in the country. Now with a tapas menu, a sushi bar and some new energy in the kitchen. Let's hope the food starts doing the venue justice. So far, so good.
Cheers,
Jamie Who
Posted by jamie who

Looks great! They must just get rid of those dead animal heads against the wall. Not a fan of "bok-koppe".

The NoisyOyster in Paternoster is pretty romantic...relaxed and good food too.