The 2010 Stellenbosch Wine Festival - Really, honestly, why wouldn't you? 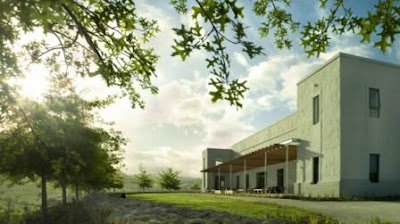 There's almost too much going on during the World Cup. Don't get me wrong, I love the hype and I'm incredibly proud of the beautiful country that we get to show off. I just think restaurants/hotels/bars etc. are putting too much hope in the whole thing. People have invested loads of time and money in some cases and personally I'm not sure they're going to be able to get back the returns they had in mind. I think World Cup Fever has blinded them a bit and their excitement has clouded judgement. Having said all of that, some guys have got it right and introduced spectacular ways to showcase the incredible things we have to offer as a country. The 2010 Stellenbosch Wine Festival is a good example of this.
From the 1st to the 5th of July, visitors are invited to experience the festival in a slightly different format. This year the plan is to offer a decentralised experience, where guests are transported by shuttle buses to participating wineries. All you need to do is rock up at one of the Park-and-rides, buy a pass and off you go. That's how they're rolling this year. Sounds awesome to me.
Various activities will be offered by the participating farms, including winemaking workshops, tastings, live music, game drives, football on big screens, food-pairings and interactive meals at some of the farm's restaurants. Idiom Wines are even hosting a 5-a-side football tournament. For the less enthusiastic - or those looking to do more drinking and less running - there is a Boules court (yes there is such a thing as a Boules court) too. For those not in the know, Boules is that game where you chuck the little wooden ball and then the heavy silver balls to try and get them as close to it as possible. It's chilled and can DEFINITELY be done while drinking.
With participating farms including Delheim, Jordan, Villiera, Waterkloof and L'Avenir (pictured) this event promises to be an absolute corker. Trust me. Have I ever let you down? Tickets will set you back R150 for the day or R500 for the duration of the festival. Do it.
Cheers,
Jamie Who
Posted by jamie who