Nobu - love it or hate it 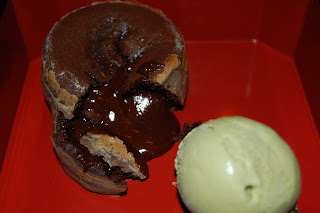 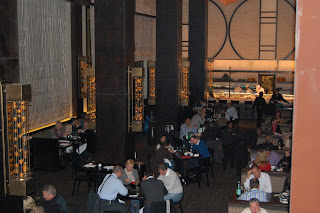 I had read and heard some shocking reviews for this place which meant that I went there with low expectations. Which I'm really pleased about, as I found everything to be absolutely incredible. I don't even know where to start with the food but first let's explain a little about who the dude is...
Nobu Matsuhisa is a world-renowned Japanese chef known for his ground-breaking versions of traditional Japanese cuisine. He has taken philosophies and skills that are centuries old and added his own eccentric twists. He has created a chain of restaurants around the world in locations such as Melbourne, London, Vegas, New York and his latest, Cape Town.
So with a CV like this, I headed to the One&Only Hotel at the Waterfront to see if he was worth the hype. Let's begin...
Firstly, the menu is impossible to understand. This is one of my biggest criticisms. It's fine having the authentic Japanese names for each dish but a description/definition would be nice. Not to worry though, the staff are so well trained you can stop any of them and ask them to explain something and they will. I 'tested' a couple of them by asking them to explain various ingredients, cooking techniques, recommendations etc. and they nailed it every time. One of the comments I had heard about this place is that the staff are like robots, just churning out answers like they were reading a textbook. I found the opposite. Part of eating out, to me, is the feeling of being hosted and I got this throughout.
Ok, on to the food. As was explained to us, the Japanese way of eating is to order a few dishes and share them from the middle of the table. We were pointed in the right direction and had the following:
1. 6 oysters with mixed dressings
2. Yellowtail sashimi with jalapeno
3. Tuna tartar with caviar
4. Crab leg tempura with ponzu (ponzu is made from mirin and rice vinegar and tastes "citrusy")
5. Beef teriyaki tenderloin
6. Miso soup with tofu
7. Assortment of petit fours (Basically a selection of small cakes)
8. Their signature dessert, a chocolate fondant and green-tea ice cream, which arrived in a box!
We both found the food to be phenomenal, but definitely not to everyone's tastes. I will be interested to see if this place does well in a country where we have been brought up on huge portions of red meat and potatoes. Price-wise it is very expensive (in the same league as La Colombe, Jardine etc.) but you have to understand what is being produced. It's like taking your car in; you are charged for parts AND labour. Here you are paying for the food conceptually and the skills shown in preparing it.
My final verdict? Awesome. Will everyone enjoy it? Nope. But if you go promise me you will go not only with an open wallet, but an open mind too.
Cheers,
Jamie Who
Posted by jamie who

I agree. I am Asian and I am not wild about Nobu. Way too edgy for me.

Similar restaurant is "Zuma" in Hong Kong, Soho area, their interpretation is a lot less far fetched and menu is easy to read. Also, their interior is also really something to look at.

**I met you at the Netherland vs Cameroon game**