Cookshop - It's a go 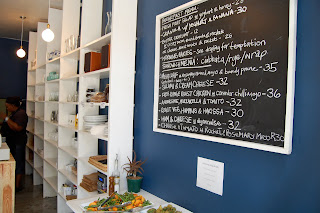 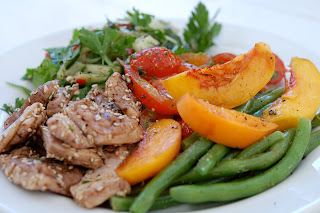 If you ever lose your baby/father/grandmother/dog/parrot etc. stop what you're doing and - wherever you are - head to the Engen in Gardens. I promise you they will be there. Honestly, it is the world's busiest petrol station. I don't even like calling it a petrol station. It's got more going on in there than some of the smaller African countries. So...you would be forgiven for thinking that opening a restaurant just around the corner would be a good idea. That's exactly what a few people did a while back when they opened "Sage". It turns out they did everything right except concentrate on food, ambience, service and decor. Basically, the place was a joke. The Queen used to work nearby so we tried it out a few times and I usually got so pissed off with the tree-hugger mentality that I left without even ordering.
So you can imagine I was intrigued when I heard whisperings that they had been taken over. The place is now called Cookshop and to compare it to Sage would be like comparing Madonna's armpit after a 4 hour gig to Megan Fox's belly button.
The reason I enjoyed Cookshop so much was because of its fresh, seasonal ingredients and the fact that the whole place had a personality. Similar to The Kitchen in Woodstock, I noticed everyone smiling and genuinely looking to please their customers. It's not rocket science guys but so few places actually do it.
To eat you choose between gourmet sandwiches and a buffet table. I went for a big plate (R30) from the buffet table and loaded it up with a pomegranate and herb salad, a green-bean-and nectarine one and some sesame-seed-crusted chicken thighs. Power went for roast chicken and homemade mayo on rye. Both our meals were way above average. They also make interesting juices and I threw back one made from apples, ginger and pear. I felt like Superman leaving that place.
The vibe is simple but nicely done (chalkboard specials, blue feature wall, baked goods on display etc), the clientele is funky, the food is healthy and the atmosphere is laid-back. Honestly, you could do a lot worse.
Find them at 117 Hatfield Street or call them on (021) 461-7868.
Cheers,
Jamie Who
P.S. If you do decide to check them out, park in the Jewish Museum's parking across the road.
Posted by jamie who

cool, will check them out. Do they have wifi? Hadn't heard Sage is no more *moment of silence*