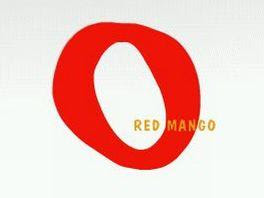 It was good to be back in Jozi this weekend. I got to see some old faces, I got to eat at some cool restaurants, I got to drink Coffee-Patrone and spank the planks a bit. Most of all though, I got to eat Red Mango frozen yoghurt. I don't care how gay this sounds but holy monkey I love frozen yoghurt. Seriously, what's not to love? It's like yoghurt but COLD.
Aaaaanyway...after taking in some shopping and a nice lunch in the new wing of Melrose Arch with Superman and The Goob we came across Red Mango. Those not in the know probably haven't heard of it but let me tell you a little something. Red Mango is massive in the States and is made so much cooler to me by the fact that you can't get it here. I want you to imagine something. Imagine some girls strolling through Melrose Arch and coming across a Zara. Imagine them screaming, clapping and jumping up and down. Imagine the excitement. Now imagine those girls were me and that Zara was Red Mango. That's pretty much what we're dealing with here.
I walked in and took my seat in the white plastic bubble-booths (I made that up. It explains them perfectly and next time you're there use it. Use it like "Hey guys, let's sit in the bubble-booths." Act cool.) Basically, what you do is order some frozen yoghurt and choose from healthy toppings like watermelon, granola, almonds, strawberries etc. If you want them to blend it up into a smoothie they can do that too. They have some salads and wraps too I think, but to be honest I was too focused on the frozen yoghurt. The anticipation was too much.
To cut a long story short it was worth it. Now, I know what you're saying. You're saying it's just the novelty that made it cool. Like when we first had McDonalds, Pepsi or Pringles all those years back. Well, you might be right. But for now, I'm going to eat them like an eskimo until the novelty wears off. At least it's healthy. (Well, sort of. Yes, it is non-fat and natural but there still about 200 calories in a small cup so be careful.)
Red Mango, welcome to SA. Now hurry up and get to Cape Town. CAN YOU IMAGINE ONE ON THE CAMPS BAY STRIP??!!!
If you want to see what I'm talking about check them out on http://www.redmangousa.com/. You could also go to Melrose Arch.
Cheers,
Jamie Who
Posted by jamie who

Better than Kauai and Sumo?

It can't be better than Sumo.

Just wait and see guys. Don't say I didn't warn you. The stuff is properly good.