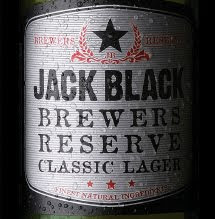 You should know by now how much we enjoy the little guy at Jamie Who. The true artisan. Well, I was lucky enough get some time with Ross McCulloch and Meghan MacCallum - the team behind Jack Black Beer - and I asked them a few questions about their awesome brand. Check it out.
Jamie Who: Let's get the boring stuff out of the way. Please introduce yourselves and let us know a bit about your backgrounds.
Jack Black: We are an entrepreneurial couple with a serious passion for beer, wine and food. We've spent significant time in Canada but came back to Cape Town with both business and lifestyle goals in mind. We couldn't imagine a more beautiful place to live.
JW: And you saw the chance to bring Capetonians a locally produced beer?
JB: Yeah, there's that too!
JW: Lovely. We seem to be experiencing a definite shift from pre-made convenience goods back to artisanal fare. Traditional, "old-school" beliefs seem to be gaining popularity. Did you guys identify this trend when you started and set out specifically with it in mind?
JB: Not really. We definitely considered the shift but our real goal was simple: to bring quality microbrewed beer to Cape Town. We have both travelled extensively and have seen the proliferation of small breweries in other parts of the world. We wanted to bring that experience to Cape Town.
JW: Tell us how you came up with the Jack Black brand. The name, design, packaging etc.
JB: The style of beer we make is known as pre-prohibition lager. John Jack Black was an actual brewer making beer in North America during the prohibition days. We were inspired by his maverick attitude towards beer and thought it was a cool name. The logo and design came from there.
JW: How important is that in the success of the brand?
JB: It helps, but to us it's really all about the beer.
JW: All about the beer. Nice. So can you tell us in layman's terms what makes yours different?
JB: Our beer is a bit more flavourful than regular beer. It is crisp and refreshing. What makes us special is the microbrewing process involved.
JW: Tell us more about microbrewing.
JB: Basically, microbrewing is brewing on a smaller scale. It involves brewers who hand craft their beers in small batches for five weeks at a time. This results in extremely high standards being set.
JW: And this then leaves you with a product that has less additives?
JB: Yip. Jack Black Beer has no additives or preserves and no adjuncts like rice or corn.
JW: So with a purer beer, I can drink more and hang less?
JB: We don't really make claims in this regard but we do believe any product without additives or preserves is benefiting the consumer.
JW: So...I can drink more and hang less?
JB: Umm...
JW:Moving on. What are the differences between creating a perfect bottled beer and a perfect pint?
JB: The beer in both is exactly the same. However, the benefits of draught include drinking from a better vessel (the beer glass) therefore improving the experience. Also, draught is often fresher than bottled beer owing to regular replacement of kegs. Having said this, we do still pride ourselves on our bottled beer always being fresh and adopt a just-in-time philosophy.
JW: What makes a good beer. Without getting too poetic. Let's keep it to three words.
JB: Fresh, balanced, head-retaining.
JW: Technically four words but I'll give it to you. Where can people get Jack Black?
JB: There is a list on our website http://www.jackblackbeer.com/. It's a good time to bring up your acronym J-BOT (Jack Black On Tap). You thought you were pretty clever with this one hey?
JW: I did but let's stick to me asking the questions. I have plenty of jealous friends up in Jozi asking me what all the fuss is about? Any plans to get up there?
JB: For now we just want to be Cape Town's local beer. Get your friends down here! Summer is going to be amazing!
JW: I will see what I can do. Thanks so much for your time. One last question: what wuld you do if you caught someone slipping a shot of lime into a Jack Black pint?
JB: Knock their socks off! No, seriously, if that's what you want then go for it. Just don't tell our brewers about it!
So there it is gang. The very first Jamie Who interview. You liked that hey? I think you did. I think you liked it very much. If there are any other areas of interest or specific people you think would be cool to talk to drop me a line and I will see if they are as accommodating as the peeps from Jack Black were. Nice one.
Cheers,
Jamie Who
Posted by jamie who

This is cool, I'm looking forward to the next one.

Ermmmmm... typo in the Jack Black web site URL. You must've been drinking some, while posting to your blog ;-)

Nice spot there Zoot. I have changed it.

Come on man, come to JHB!

Birkenhead beer is also very very good, shame their marketing (including le orrible bottles labels and website) is not very up to date... but the beers (specially the Honey Blonde and English Pride) are fantastic!