Sedgefield Wild Oats Farmers' Market - We have a winner 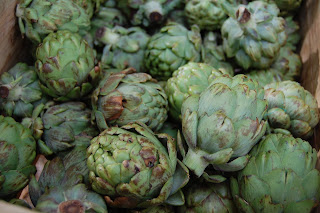 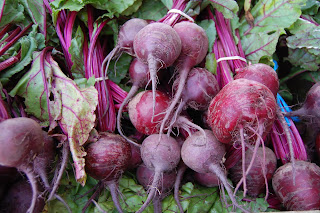 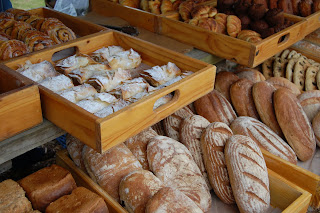 You should know by now how excited I get at food markets. I've written about a couple before and what I love about them is that while they might all look the same, they are definitely not. Each market has a personality and each market has slight variations on what they are selling. The people behind the stalls make the biggest difference though. And of course, the actual quality of food. Let me say this out loud (you can read it and then say it out loud too): The Sedgefield Wild Oats Farmers' Market is the best I have ever seen. Let's skip past the fact that it's in Sedgefield. Everything else about it is awesome.
We arrived there at 08h15 on Saturday morning. After getting up ridiculously early for a little trot I was pretty sure we had beaten the rush. I was horribly wrong. The place was already crawling with Sedgies (do you like that word? Sedgies? I quite like it. You can use it if you want). We took a stroll through the place and I was blown away. More than once I had to check that the prices were in fact correct. I bought a tub of beautifully thick sugar-and-fat-free yoghurt for five rand. Five rand?!! That's normally what I tip the car-guard OUTSIDE the market. I couldn't believe it. Nevermind the fact that it was delicious, organic and topped with sweet strawberries that almost made me cry they were so good. Another stall was selling organic duck portions and free-range chickens bigger than some Japanese cars. There were oysters, mushrooms, cured hams and meats, biltong, vegetables, breads, blocks of cheese like I have never ever seen, fresh fish, chocolate and a lot more. The amazing this was the standard of food. Basically every stall was the best of it's kind. The people were friendly, authentic farmers. And the pride they had in their produce was almost as obvious as the hunger I had for it.
I left with bags full of stuff. I could have stayed there for hours. Luckily we had other things to do or I probably would have. If ever you are passing by on a Saturday trust me, pull in. You will be amazed. They are open from 08h00 - 11h30.
Cheers,
Jamie Who
Posted by jamie who

Oooh and their OLIVES. I could go on for hours about the olives I found there once - but for now I'll leave the foodilicious waxing lyrical to you.

The word Sedgies, by the way, reminds me of Sedgeways - http://static.photo.net/attachments/bboard/00D/00D7xS-25039884.jpg - generally accepted by most of the internet to be the biggest DOUCHE invention ever...